Ashley, the middle child in my family of 5, has always been fascinated with New York. For as long as she has been able to speak, every few hours I’ve been assaulted with something New York based. To make matters worse, because we live in Boca Raton, also known as the Sixth Town of the Five Towns, the vast majority of her friends are from….you guessed it, the Tri-State area! With a distinct emphasis on the South Shore of Long Island.

Little Ashley had some issues? Whats the word I’m looking for here, uh, troubles, nah, uhmmm, oh screw it: The Palm Beach County school systems sucks and instead of teaching they play stupid political and union games. As a result of their vast stupidity they attempted to pigeon hole Ashley in the “special” education program. I yanked her and her brother out of the public school system as fast as possible (actually about long enough to call the private school and have them signed in, approximately 4 hours). As a result, both Boy and Middle have been absolutely flourishing!

So when my wife (Bocafrau) and I received the first of many A+ report cards for Ashley we were overjoyed. After an entire year of these fantastic report cards and seeing Ashley’s huge improvement I started thinking “what can I do for her now to show how proud I am?”. Ashley took care of it for me; “Daddy, why is it that every time Marc and Hilary come to Florida I never meet them?”.

Of course it would be too easy to simply tell her she’s going to NY, I cleared the trip with the wife and the NY family then jumped on Jetblue’s site and purchased tickets for late November when the city would be at its best Christmas colors and then told Middle nothing…

Cut to Wednesday two days before departure: “Mommy, my stomach isn’t right, it hurts” I hear as the kids are getting ready for school. Damn it! Damn it all! DAMN DAMN DAMN! Thursday Middle is laid out on the couch near death and I’m trying to figure out a alternative until Middle says its not that bad. My wife says we need to get Middle boots for the NY trip and she’s absolutely right, Middle will need boots and there is no way to purchase boots without tipping her off somethings up. So, I printed out the boarding passes (it was time to anyway) and handed them to Middle.

“Really Daddy? you’re going to NY again? without me? I guess you and Marc have work…” 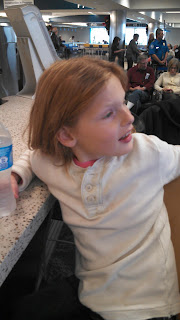 Friday, November 30th 2012 We get up and out of Boca, and heading down to Fort Lauderdale to catch Jetblue flight 18 nonstop service to NY John F. Kennedy International Airport. Middle is beaming the whole car ride.

We pass through TSA security with blazing speed (have to remember to travel with small children more often!). and we’re on the plane in no time whatsoever. 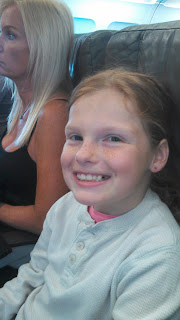 Two hours and fifteen minutes later we’re assaulted by the cold and smell of JFK, we’re home. At least for me. See, NY is where I grew up. Its still my home, even though I hate being there. We jump on the Airtrain and head out to pick up our rental car. While onboard we meet a nice young guy from Boca that also happened to be originally from Rockaway, my hometown. He would have been a good match for a buddy of mine in Orlando, though as Middle pointed out a little too girly…. Yes, I can play match maker even in NY! And Middle learned her first cold hard fact about NY life; you never, ever, ever, for any reason lean your head against the glass of a moving subway car! 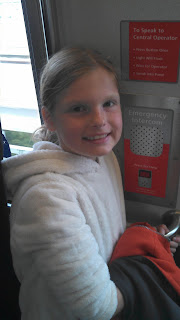 We take a leisurely drive through the Rockaways and survey the carnage first hand, and it was absolutely devastating to me. So, like any good resident of Boca Raton, I decided retail therapy would be just what the doctor ordered! Off we go on the Belt Parkway, the Southern State Parkway, and then the Meadowbrook Parkway to Roosevelt Field a sum total of 20 miles, which in Florida would have been a 20 minute ride and in NY an hour! 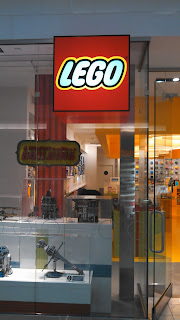 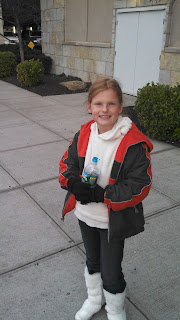 A few hours go by with Middle acclimating to the strange accents and women dressed like Adriana LaCerva on a bad hairday and its time to go to Long Beach where we’re staying with Marc and Hilary. Middle is amazed that I can navigate so far away from our home in Boca without needing GPS….. The Daddy still got it!

Marc is already waiting on us when we get to his house in Long Beach and all we have to do now is relax and have a bottle of very nice wine (well, Marc and I, Middle was the designated driver for the evening) and wait for Hilary to return from work. Once home, we all piled into the new Marc Mobile, courtesy of Hurricane Sandy, and we’re off to my favorite restaurant, Giardinetto, in Inwood. 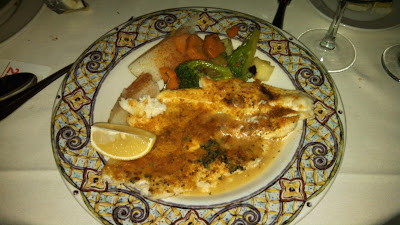 More wine, more food, and we loose our designated driver for the night; 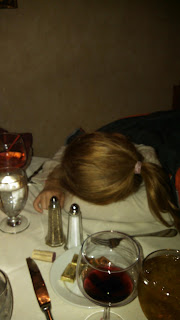 7 thoughts on “The New York Trip “Leaving on a Jet Plane, Middle Knows Not Where She’s Going To!””