Late last Thursday evening I was, as usual, bored and looking for something to watch on streaming video. I don’t care much for watching network TV, having to sit through commercials and not having Hi Definition is a deal breaker for me. In fact, other than the Olympics this summer I doubt I have watched an entire hour of regular non-streaming TV in over 2 years!

So here I am in the comfy confines of my least favorite couch, yes I do play favorites with my furniture, clicking through the hundreds of options available to me to watch when I see a terrible ugly thing. It is a thing that I have been aware for some time now, a repugnance that only American television can produce. 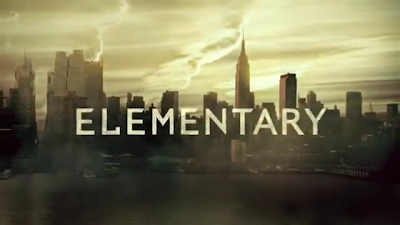 The premise as I was lead to understand by CBS is that the updated BBC version Sherlock is too, ahem, British. Therefore CBS needed to dumb the most famous detective down a bit for us less educated dwellers of the land located on the west side of the Pond. Enter, Jonny Lee Miller as Sherlock Holmes, former consulting detective to Scotland Yard, and his sober companion / counselor Joan Watson.

So, Sick Boy and an Angel are Sherlock Holmes and Watson? Perfect.

This new Americanized Sherlock Holmes is a recovering addict living in what seems to be either Brooklyn Heights or DUMBO, areas that are so ludicrously expensive that no actual New Yorkers live there, in one of his Fathers brownstones. It seems that Sherlock’s Daddy will kick him out of the brownstone if he doesn’t allow Dr. Joan Watson, Sober Companion, to live with him 24 hours a day, 7 days a week until such time as he’s re-integrated into regular normal, sober, boring life. This new Sherlock is heavily tattooed, skinny, and manic. A far cry from Doyle’s description of the man. And further, he’s very human this new Sherlock. Humanity is not a trait to be expected from Mr. Sherlock Holmes, in fact, quite the contrary, Sherlock is not meant to be one of us, rather simply, among us.

Folks, I’m sorry, that’s as far as I could go. The writing thus far was too poor to continue. The dialog flat, the scenery was boring, and quite frankly the whole thing was dulled out by blandness.

The basic point here; DO NOT WASTE YOUR TIME ON ELEMENTARY. Spend your time watching both seasons of Sherlock from the BBC. And, should you crave more, watch them again.

2 thoughts on “Post the Seventh, The Hipster Impostors from CBS”